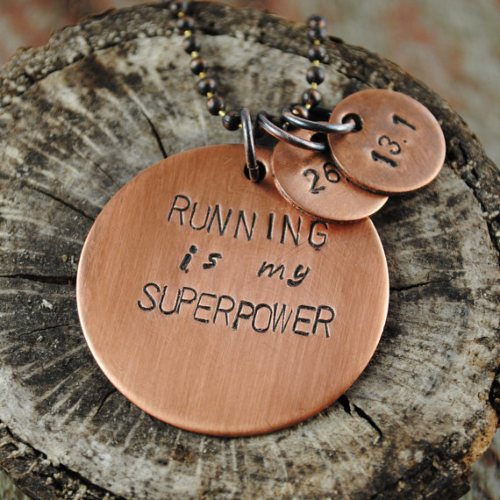 How to fix the problems that keep you from running

If you’d like to be a runner but it’s just not happening, I’ve got some answers to help you get over the five most common obstacles that prevent people from ever starting to run. Here we go.


Problem #1: “The thought of running for even half an hour is overwhelming. I mean, that’s an entire sitcom!”

Solution: Totally. All of us have days when we feel the same way, though for experienced runners it’s more a mental hurdle than a physical one. But if you’re just starting out (maybe you want to run a 5K) and you wonder how you’ll ever train your body to go that long without stopping, here’s what to do.

Get a stopwatch and get yourself outside (or on a treadmill, or wherever else you want to run). Set the watch for half an hour, then start running. Doesn’t have to be fast, just run.

The trick is to keep doing something until the bell rings. Stop when you get tired, but keep walking. When you’re ready to run again, do it, and alternate running and walking until the half hour is up.

If this approach works for you, get a plan (or make one yourself) that gradually increases the length of time that you run, relative to the amount of time you spend walking. Within a few weeks, running for half an hour in the park will be way more fun than watching Parks and Recreation. before I can run.”

Solution: Running is a neat sport, in that you don’t need all that much stuff to do it. Get just enough clothes to cover your naughty bits and you’re all set. Even shoes are optional, these days.

But if you’d like to start training seriously, you’ll probably want a few things. A watch, a decent pair of shoes, a sports bra if you’re a woman. Socks that won’t give you blisters, a place to record your runs, a water bottle.

Whatever the thing is that you need, don’t let it become your excuse. It’s one thing to keep telling yourself, “I need

That excuse is no longer valid. Go get what you need so you can start running.

Solution: Sometimes. Sort of. Especially when you’re talking about 15 or 20 miles. But we’re just talking about a few miles at a time right now, and once you get into the rhythm and get comfortable with running, you’ll probably find what most runners do: the endorphins are completely addictive.

When I was starting out, music was a huge help. Download a few songs you’re ashamed to love — they’re the best for really getting amped up during your run. (At one time or another I’ve had Spice Girls, Hanson, and Kelly Clarkson on my running playlist. So lame, yet so perfect.)

Another idea: If you know how far you’re going to run, use a tool like Gmaps Pedometer to plot a route that actually gets you somewhere. If you’re planning to run three miles, for example, pick a spot a mile and a half away to run to. Starbucks, 7-Eleven, a friend’s house. Even if you’re not going to go in, there’s something cool about running to a place you’ve always driven to.

Solution: This one’s all in your head. Almost no runner is going to judge you for not looking like a runner.

When I drive by someone who is out of shape and struggling really hard to run, it makes me want to run. I want to tell them to keep it up, that it’s awesome that they’re out there getting it done when it’s tough. That feeling of pushing through something, of doing the little things that amount to huge changes, is one almost every runner knows and wishes they could experience more of.

There are runners — some really strong, solid runners — who don’t look like they could run a mile, much less a marathon or an ultra. Sure, we can take a pretty good guess about someone’s ability by looking at their form, but it’s not a judgy thing. Everybody gets it done differently.

If you’re really worried about this, plan your route to be on a quiet trail rather than a busy road until you’re comfortable. But I hope that’s soon, because I’m telling you, nobody cares what you look like. And if you’re running while they’re driving, well, you should be the one smiling to yourself.

Solution: Guess what? Almost nobody, the first time they went for a run that wasn’t for some other sport, liked it.

Running is tough. People who enjoy running are those who have done it a lot, those who have gotten used to it and have trained their bodies to do it efficiently and comfortably, without an extreme amount of effort. And for those people, it actually becomes fun.

If you hate running, it’s probably because you’re not yet good at it. If you want to become a runner, you’ve got to accept that the first few runs might not be so much fun.

But your second run will be a little easier than your first. And after a week or two, you’ll start noticing gains.

Your body will change. You might lose a little weight, and your legs will be a little stronger.

And then it will be a little easier. Which leads to more gains, more changes. Soon you’ll look forward to your run; it’ll be your grown-up recess.

And then one day, you’ll realize you’re a runner. That you, the last person on earth who could ever like running, actually like running.


Written by Matt Frazier
from: www.nomeatathlete.com