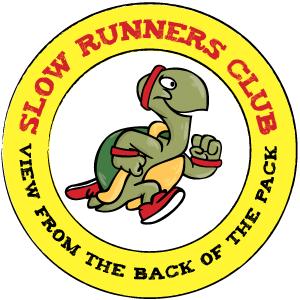 When I first started working with age group and recreational runners in 2006, one of the biggest surprises to me was the amount of negative thinking and lack of self-confidence many runners exhibited. Almost every runner that joined the group introduced themselves to me by stating “I’m probably the slowest person you’ve ever coached” or “you probably don’t work with runners as slow as I am.”

It didn’t matter what their personal bests actually were, almost all conversations started in a similar manner.

Unfortunately, I’ve found that not much has changed in the last seven years. Many runners, both new and experienced, hesitate to join local running groups or participate in online communities. When asked why, most respond that they are embarrassed by how slow they are.

I’m here to tell you that you’re not slow and that this negative, self-deprecating thinking is only holding you back from your true potential!

I’ll admit, this article won’t be as grounded in scientific research and specific how-to advice as my usual pieces. However, shifting your mindset about how you perceive yourself is more important than any workout or training run you could ever do.

The Power Of Positive Thinking From a pure performance perspective, thinking negatively can inhibit you from achieving your potential. While thinking you’re slow may seem harmless, every time you preface a statement with the phrase, “I know I am slow, but …” you condition your mind to believe that you can never be fast.

Countless research studies in sports psychology have proven the power of positive thinking and self-talk. Athletes who go into a workout or race with positive thoughts perform significantly better and more consistently than those who approach workouts and races with a negative attitude.

Reframing your belief in yourself starts before a workout or race. If you’re negative and lack self-confidence throughout your training, no amount of pre-race self-talk and mental preparation is going to undo weeks or months of self-deprecation. Positive thinking starts with how you frame every aspect of your running.

I understand that it’s hard to change your perception of your running ability, so here is some helpful advice:

Regardless Of Your Speed, Running Is The Same

Here’s a secret about running. The feeling you get after a new PR, the satisfaction from a tough workout well done, and the disappointment from a bad performance all feel the same no matter how fast you are. That’s the beauty of our sport.

There is no difference between the runner who breaks 30 minutes for the 5K for the first time and the one that breaks 16 minutes. Both worked hard, sacrificed to achieve their goal, and experienced the same challenges.

That means all runners can relate to each other, no matter their speed.

I’ve run under 29 minutes for a 10K. I still get nervous about finishing last (in fact, I have the distinguished accomplishment of finishing second-to-last at two consecutive U.S. championships), there’s still a lot I don’t know about training, and I have had more than my fair share of bad workouts, injuries, and poor races.

Therefore, there’s no need to preface any of your questions or thoughts about running with “I am slow.” I’m fast and I face the same challenges and fears. All runners do.

Unless you’re Kenenisa Bekele, Mo Farah or Galen Rupp, chances are there is always going to be someone faster than you. Fast is relative.

I get it. You run 12 or 15 minutes per mile and are embarrassed to call yourself a runner because a lot of people are faster. Here’s a secret: “fast” runners feel the same way.

Former professional runner Ryan Warrenburg recently discussed how he’s hesitant to call himself an “elite” runner. Ryan has run 13:43 for a 5K — I’d call that fast and worthy of elite status. Do you know where his time ranks him in the world? I don’t because it’s way outside the top 500 (sorry, Ryan).

What’s Wrong With Being ‘Slow?’

OK, so I can’t convince you that being “slow” is all a frame of reference. So I’ll ask you, why does being slow even matter?

Runners are perhaps the most welcoming and friendly group of athletes I’ve ever met. No runner I know has a problem slowing down to run with a friend. Think about it. Would you enjoy a run with a friend, even if you had to slow down considerably for them to keep up? I bet you would, and your running group feels the same.

Second, regardless of your pace, you’re doing better than almost 80 percent of Americans. In a study conducted by the CDC, researchers found that less than 20 percent of Americans get the recommended levels of exercise, and more than a quarter of U.S. adults do not devote any time to physical activity.

I hope you can look at some of these statistics and insights from runners who are “fast” and realize speed is merely a state of mind. Once you can reframe your thoughts on your speed and potential, you open yourself up for great things to happen with your training and racing.

The next time you want to join a running club, ask a question to a fellow runner, or want to sign up for a race but get nervous about “being slow,” ask yourself this: “Does it really matter?”