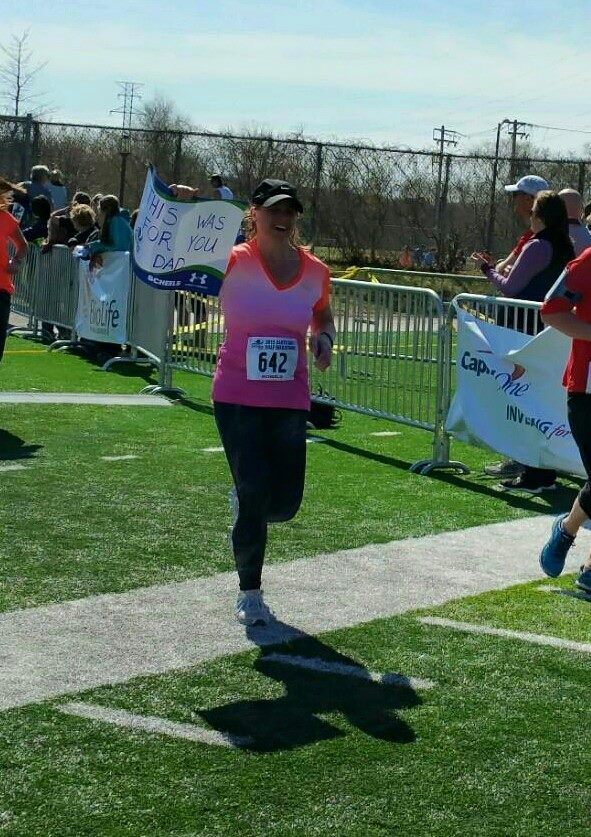 “15 months ago I began a quest to make myself healthier. I began to run … well mostly with a few bursts of running thrown in. I kept plugging away at it and eventually began to run more than walk. Over the course of a year I lost close to 70 pounds and became a pretty damn good runner! Unfortunately, in that year, my Dad began to lose his battle with lung cancer and finally lost that battle in March of 2015. This is a picture of me finishing my first half marathon a month after he passed away. I thought of him often on that run and felt him with me, no longer struggling to breathe and matching me step for step. This was for you, Dad!”