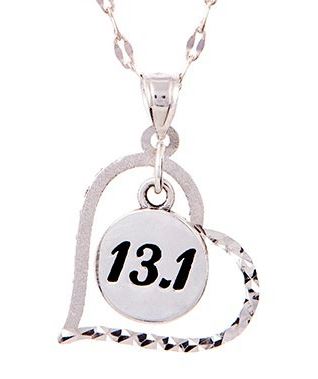 Question: How long did everyone train for their first half. I want to do one in six months but my family think this is too aggressive since I am a new runner. So trying to find out from people who actually run how unrealistic that is thanks.

I started running in October and started training for my 1/2 in jan. I had 3 weeks off due to foot pain. I weighed 470 pounds last May and now I weigh 280. If I can do it you totally can do it. 6 months is plenty of time

I’m doing an 8 week training program now for my first half and my first 5K was October.

I trained for 8 weeks. Just find a good plan and listen to your body. It’s ok to take an extra day off so you don’t get injured

I went from non runner to triathlete(who ran all but 20 seconds of the run at the end) in 6.5 months. I couldn’t run 1/4 mile when I started

I started running last April and did my first half in October. I started training for it at the end if July. You can do it!

I think you can do it. Get a training program like Hal Higdon’s and start following it.

I trained for 12 weeks. It was perfect for me. I used Hal Higdon’s program.

You can definitely do it! I went from couch (absolutely no running, walking, anything) to a half in just under 5 months. Enjoy the journey!!

Nope I trained for my fort half a new runner not even fit or active and started in feb and ran in June! Totally doable! Boo to the naysayers! My longest run was 6.5 miles and my goal was to finish 3:30 and I finished in 3:15 and i ran it without stopping! I exceeded others expectations and my own! You are stronger then you think!

I began in January for a May half. Four months… With a training group.

You can totally do it! I started training seriously in February for my first half in May. I’m up to a 10 mile training run this week.


You can do it. Spend the first three months building a base of 3-4x of running a week if you don’t already run that much per week. Then find a plan (Hal Higdon Beginners plan) and use that as your training plan. Six months is a good amount of time to train for a half for beginners.

I started training using a couch to half marathon and it was 12 weeks long…. All I had did before that was walk …pretty fast walking…. But I hadn’t ran in 20 years!!! I was 20 pounds overweight when I started….I did fine…
It might depend on your health- mine was great except for weight , I was 50 years old…so if you have health issues or weight problems it might not be a bad idea to see your doctor to ok…

6 months is plenty, i train six months for a full

I started running in May 2008 and ran my first half in October 2008. I used the run-walk method. As long as you decide on a training plan and stick to it you’ll do great!

Started running June 2013, ran my first unofficial half n October then the Wicked 10K end of October, surf n Santa 10 miler in December. Basically stopped running because of vacation and a horrible winter. Ran my first official half the Shamrock in March chip time 3:11 and my second half today with a PR of 2:47. You have plenty of time to train. Register today and go for it!!!!

I got it in my head to do a half in December and ran today… So about 4 months. And I too am a new runner. Feel free to message me for help.

don’t do the run/walk method, but I always religiously follow Jeff Galloway’s training calendars – he has 3 different schedules on the Run Disney site for each race (beginner, intermediate/finish in upright position and advanced/time improvement) All of them are around 18-22 week programs. He also has an app that my friend is using for her first half this summer. Good luck!

My husband went from 0-13.1 in 6 weeks. Ran his 1st half today in 2:58….not going to lie he made me sick,very little training and ran the entire thing. Now he won’t shut up, I’m giving him 23 hours of hype then I’m going to stuff his mouth with my dirty running socks! I did my 2nd one today and finished in 3:30….you can do it!

6 months is totally acceptable!! Just be careful NOT to overtrain.

I started running the first week of June last year and ran my first half the weekend of August 12th. (And I do mean started – I couldn’t run a whole mile the first day!) I think I probably should have trained a little longer but six months sounds like a good period of time to me.

I trained for 12 weeks and it went well. I just googled training plans and found one. I tweaked it to fit my schedule. Followed it and read lots of articles for strength training and eating as well. I was my own trainer. Lol. 6 months is PLENTY of time! Go get ’em!!


I agree with Susie, I shaved 20 minutes off of today from my first one in October! I swear the difference was I started crossfit in November and went paleo/primal! Crossfit helped with my endurance!

Six months is plenty of time. I trained fo 12 weeks for my first. Before that I did c25k & did a couple 5k’s. Also I was 52 years old & stoped smoking 2 years prior after smoking for 35 years

You were smart to ask runners:) Six months is absolutely enough time. Even novice training plans won’t have you starting six months out, so you can definitely do it. Find your fall half, register, get a plan, follow it as much as possible, and, before you know it, you’ll be a half marathoner!

I do DDP yoga it really helps with strength

Don’t train to fast, you set yourself up for injury. The first year I ran, I did only 5 k’s them a 10 after running for 6 months. I did my first half a year and 2 months after I started running. Slow training, less injuries. I am 52, so maybe you are much younger, but respect your body, train a pace that works for you

I was a fairly new runner and the half was my first race. I did a 9 week training program. 6 months is plenty of time But, I agree with the above comments- careful not to over train

Thanks for the encouragement guys. I was so excited to try and do the run. I think I am going to go for it. Love all the stories so awesome

What is your running base? Are you able to run 3-4 miles at a time 3 or more days a week? If not, build up to that and then start a half training program that is 12 weeks before your half. Most programs want you to be able to run 4 days a week.

You’re good, if you have time run 2-3 full half distances before your race. At a slower pace, then taper off two weeks off, you’ll be fine. I’ve always liked for my brain to get there first, lol.

I went from 0 to 26.2 in 5 months. Just don’t over train and listen to your body. Your first race isn’t going to be about time…but about finishing and the feeling of accomplishment. I say go for it!!

I did the run for God Series and did one in 6months.

U can do a marathon in 6 months with proper training and no injuries, Just depends how much u want to commit. But 6 months is very possible.

I decided to be a runner, when my sister signed me up on my first race 1/2marathon without my permission…I got 6months to trained, old school style. No garmin or apps to tracked my miles/time. No groups or magazine to guide me how to run. My goal was just to finish. 6months for me is doable

I started c25k in July. Ran a half in January and finished in 2hrs, 45mins.
Thing is… You will need your family to support you. Truth be told you can even walk part if the half and finish.