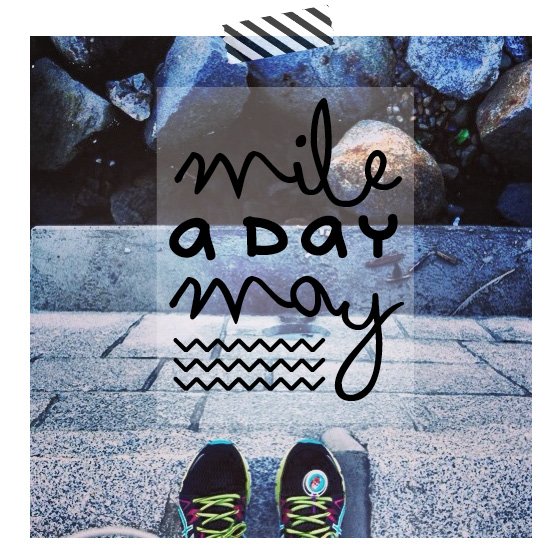 1. Turns out there is enough time in the day. You may have to wake up earlier than you’d like or leave your friends and a half finished brew on a patio or get dropped off a mile away from your volleyball game but there is time – you just have to want to make it. On day 10 I effed up. I didn’t plan my day out properly and I couldn’t make it happen. I was mad at myself for it but I knew I had to let it go. I considered throwing in the towel right then because I thought I’d failed. Instead I learned that Friday and Saturday mornings were made for workouts (Friday and Saturday nights, not so much). The next day I got back out there and since then, didn’t miss a beat.


2. You can run off a bad day. Holy – running does wonders to clear your mind. That endorphin thing? Not a gimmick. On one particular day I had run in the morning before work and then came home feeling “blah” and threw myself an epic pity party. Right before hitting rock bottom I decided I needed to hit the pavement and I used my frustrations to fuel a second run. By the end of my run my mood and mindset had done a total 180. This two-a-day also brought me back up to 31 runs by the end of the month which made me feel less guilty about missing Day 10.

3. There is nothing more refreshing than a run in the rain. I love it. It’s so serene and you feel completely badass cause you’re like THE ONLY PERSON OUTSIDE RUNNING.

4. Despite the fact that 30% of my runs started with “arrrrgh I don’t want to do this” 100% of my runs ended glad that I did. Also – I surprised myself that for most of my runs I was eager to get out there. I had anticipated a lot more dread than I actually experienced.

5. There are a lot of skunks in my neighbourhood. One day I crossed paths with 4 skunks. That’s got to be a record (note: I managed to make it out without getting sprayed).

6. Not every workout has to be an epic workout. Some days I only ran a mile other days I went to yoga, soccer and got in a 5K run. If you only have 10 minutes to be active then only workout for 10 minutes. It all counts and it all adds up. By the end of month I had clocked 100K. I covered more distance in a single month doing small runs every day than in the peak month of my half-marathon training last year.

7. Enroll others to hold you accountable. This is true for any goal you set for yourself. I enrolled my blog readers, my family, my friends, coworkers and my social media following. People kept telling me how inspired they were by what I was up to or that my photos on Instagram had convinced them to lace up too (see there is a time and a place for feet shots after all). There were even a few strangers who picked up the challenge (via the internet) and completed it with me! What no one probably knows is that they were, in turn, inspiring me too. I didn’t want to let anyone down – people were so invested in my success and I’m so thankful for the ongoing support I received.